A Cause for Concern

PCOS and Endometrial Cancer show a link that should be of genuine concern to many women. Up to 1 in every 5 women of childbearing age many have PCOS. PCOS results in the development of many (Poly) masses called cysts (cystic) developing on the ovaries. These cysts are actually egg-containing follicles that have failed to mature a healthy egg and instead have become clumped masses. The cysts themselves aren't dangerous but can steal blood and hormones away from the healthy follicles preventing regular ovulation or in some cases any ovulation.

In women suffering from PCOS, the ovaries produce higher amounts of androgens which are sometimes referred to as “male hormones". These imbalances include excess estrogen and male sex hormones like testosterone (yes - women have this too, and it causes bad skin, and excess body hair in women). These elevations can reduce FSH and progesterone, needed to hold on to  developing pregnancy. More worryingly, the increase in estrogen levels relative to progesterone levels can increase a woman's chance of getting endometrial cancer.

What is Endometrial Cancer?

It is graded in stages 1 to 4 based on the severity and spread of the cancer. And while they do not know exactly what causes endometrial cancer, they do know that it is closely linked to two factors - obesity and PCOS.

While a genetic link is suspected, Western medicine really doesn't know why PCOS and Endometrial Cancer develops (we do in TCM - read more on that here). They do acknowledge that the hormonal imbalance of PCOS can lead to:

If you display 2 or more of the above symptoms you may have PCOS and should get examined. Some of these symptoms can be very serious, leading to heart disease, diabetes, high blood pressure, and PCOS and endometrial cancer.

There have been multiple studies on the link between PCOS and Endometrial Cancer.

For instance, a population-based cohort study in Taiwan concluded that:

"In conclusion, our nationwide population-based retrospective cohort study provided evidence of an increased risk of endometrial cancer in the patients with PCOS" (1)

More concerning is the report form X that stated:

In the study the authors suggested that because PCOS and endometrial cancer have such a strong link because of the missed ovulation triggered by PCOS. As a result of a longer than normal menstrual cycle the endometrium (the lining of the uterus) is exposed to greater levels of estrogen.

PCOS is also known to cause insulin resistance, which in turn leads to greater amounts of insulin being released to aid the breakdown of sugar in the body. This leads to excess weight and obesity, but worse still for fertility, again increases testosterone which when mixed with raised insulin levels interferes with ovulation...and that excess body fat triggers the release of more insulin leading to vicious cycle of infertility and hormonal imbalance.

According to the American Cancer Society, women who are overweight (BMI 25 to 29.9) are twice as likely to develop endometrial cancer as women who aren’t overweight.

"Those with obesity (BMI > 30) are more than three times as likely to develop this type of cancer" (3).

This is likely due to the effect that body fat has on estrogen levels. As noted above, fat tissue can convert some other types of hormones (androgens) into estrogen. This can raise the level of estrogen in the body, increasing the risk of endometrial cancer.

But it doesn't have to be that way. There are clear cut steps that can be taken to resolve this...

How to Reduce the Risk of PCOS and Endometrial Cancer

Traditional Eastern Medicine is a little bit more detailed when diagnosing PCOS and endometrial cancer and has a clear understanding of HOW and WHY PCOS develops - you can read more about that in "Put PCOS in Your Past".

Traditional Eastern Medicine focuses on all of the major organs of the body working as an interconnected network. This means, for example, that the function of your kidneys can have a direct impact on the function of your lungs. It is this interrelation in TCM that gives it its holistic basis.

A detailed overview of how we diagnose PCOS and infertility in Traditional Chinese Medicine, along with a complete overview of how to fix it (including methods such as self message, spinal mobility, self myofascial release, herbs, nutrition etc) is far beyond the scope of this article (I do teach all of this and more in my full program,  "Put PCOS in Your Past"...however...I want you to be able to take immediate action so you can see some pressure points, and herbs you can use for PCOS here.

In TCM there are 4 primary possible diagnosis for PCOS and about 32 other secondary patterns. Those top four are:

Those are funny sounding names, I know, but they do make complete sense once explained. And once you have the right diagnosis you can apply the right treatment. But you can start by reducing and removing hormone balancing foods like, cow's milk, cheese and yogurt and avoiding soya based products.

Okay...so How Do You Fix PCOS? 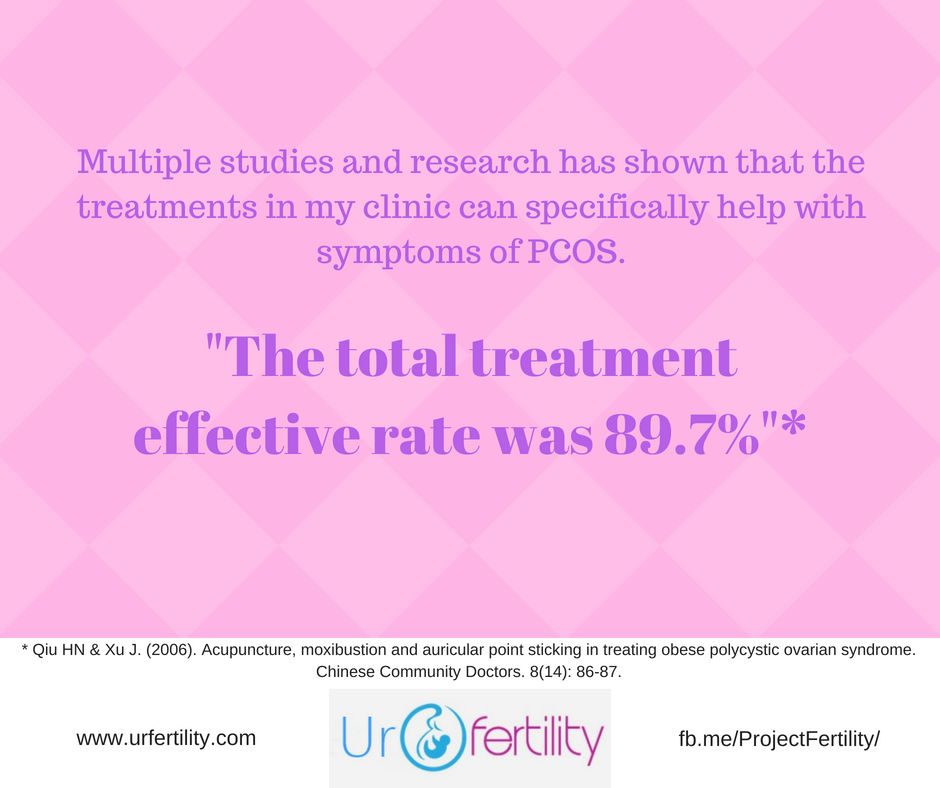 Multiple studies and research has shown that the treatments in my clinic can specifically help with symptoms of PCOS. A study published in the Shanghai Journal of Acupuncture reviewed the work of Wang et al. That study demonstrated an 80.8% total effective rate for the treatment of polycystic ovarian syndrome (4). Another study, study conducted by Qiu HN & Xu J. showed "The total treatment effective rate was 89.7%".

Multiple studies conducted by Lim 2010; Stener-Victorin 2009; Feng 2009; Manneras 2009 show that treatment impacts beta-endorphin production, which may affect gonadotropin-releasing hormone (GnRH) secretion, and has a regulatory effect on follicle stimulating hormone (FSH), luteinising hormone ( LH) and androgens (Lim 2010; Feng 2009). Other studies such as Stener-Victorin 2006, 2009, show a modulation of the activity of the sympathetic nervous system and improving blood flow to the ovaries.

We also have detailed studies showing dramatic improvement of steroid hormone/peptide receptors regulation (Feng 2012); on the downregulation of the expressions of serum levels of testosterone and oestradiol (Zang 2009); the control of hyperglycaemia through increasing insulin sensitivity and decreasing blood glucose and insulin levels (Lim 2010); increasing the release of adenosine, which has antinociceptive properties (Goldman 2010) and acting on areas of the brain known to dampen sensitivity to pain and stress, as well as promoting increased relaxation and deactivating the ‘analytical’ brain, which is responsible for anxiety and worry (Hui 2010; Hui 2009); and finally reducing inflammation, by promoting release of vascular and immunomodulatory factors (Kavoussi 2007).

Using a variety of natural techniques we can

So, What is Your Next Best Step to Fix PCOS and Infertility? 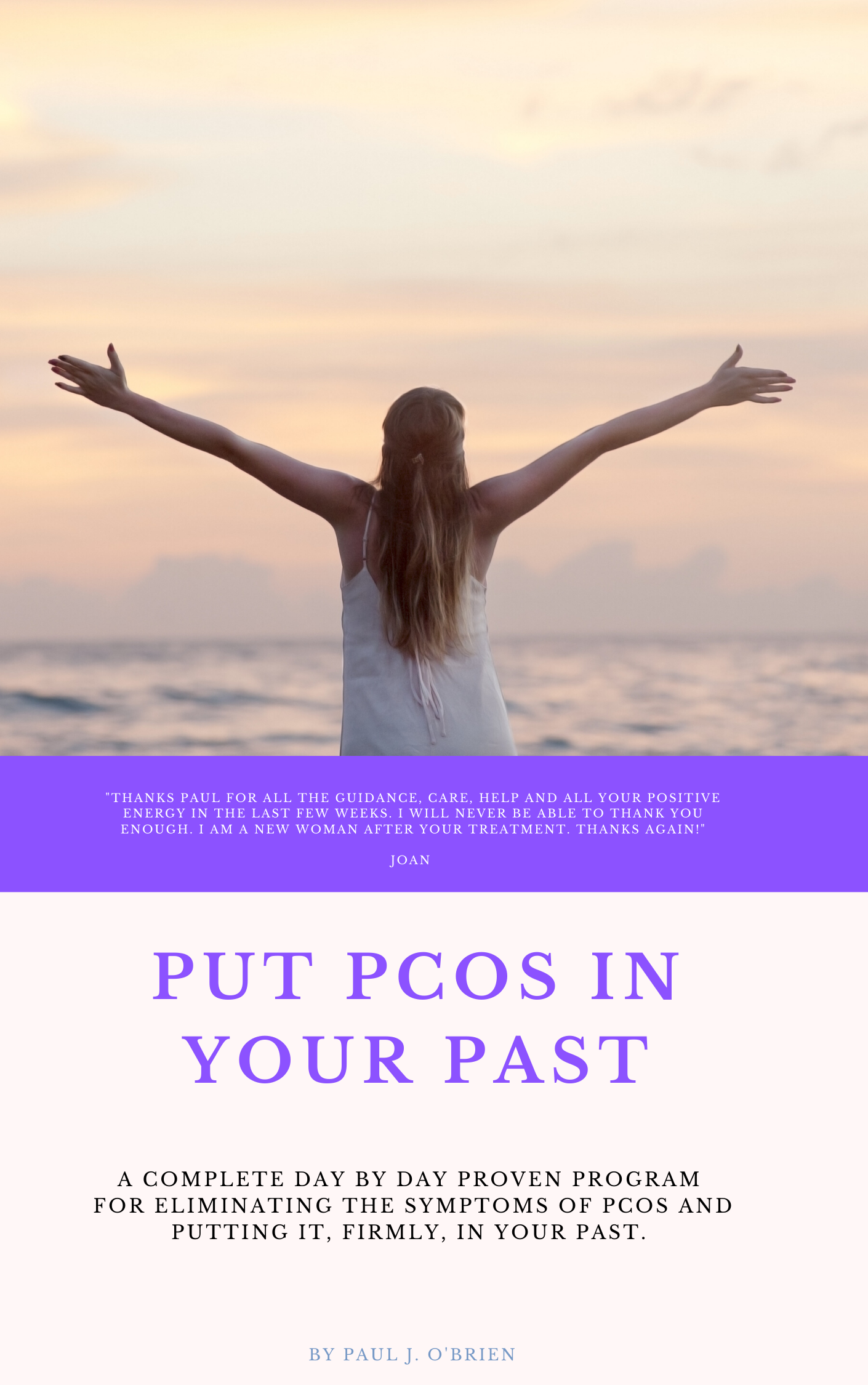 Pick up a copy of my complete PCOS Coursebook. This 200-page guide answers all your PCOS questions. I will take you by the hand and walk you through a simple 11-Step process to PUT PCOS IN YOUR PAST.

Click here to learn more - PUT PCOS IN YOUR PAST 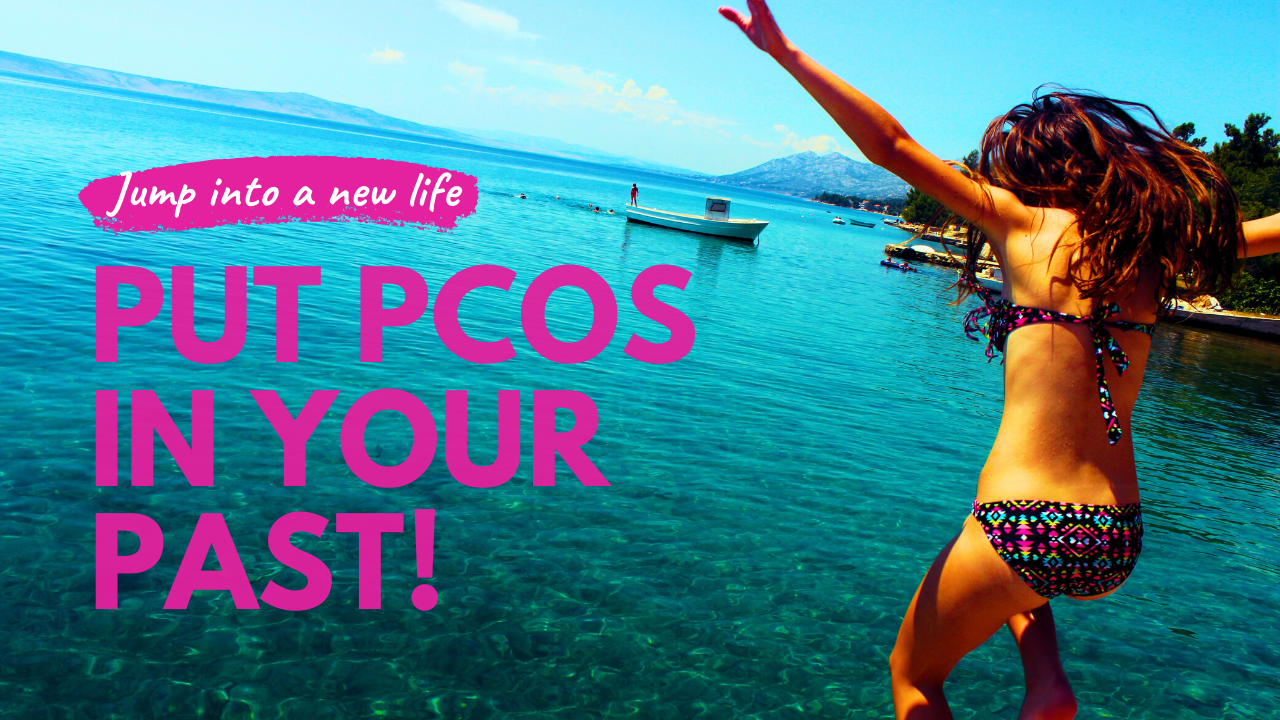 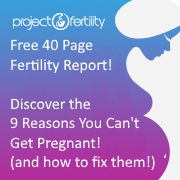