The Causes of Endometriosis

Is Estrogen to Blame?

The Causes of Endometriosis

From a western medical perspective, the precise causes of endometriosis are unknown.  Here are their best guesses:

Don't worry, I'm going to explain each and every one of these below and then give you the next best steps to get them sorted!

The Causes of Endometriosis - Estrogen?

Excess amounts of estrogen in the body

Estrogen is the all-powerful female sex hormone. The three main estrogens occurring in the body are estradiol, estrone and estriol. Estrogen reaches its peak during puberty and runs at a comparative trickle during menopause. Estrogen is mostly produced by the adrenal glands, ovaries and a small amount is produced by fat tissue in areas such as the breasts.

These hormones have a profound effect on female health and development, not only of the reproductive system but of the whole physiology. Estrogen helps to keep calcium in the bones, balance HDL (high density lipoprotein) and LDL (low density lipoprotein) levels in the blood and regulate blood-sugar levels, memory function and emotions.

In addition estrogen contributes to the primary physical features of women, such as a bigger chest, smaller hips, and firmer skin.  It is very important for women to have a consistent amount of natural estrogen produced in their body...however, excess estrogen can prove to be a serious problem.

The Side Effects of Excess Estrogen 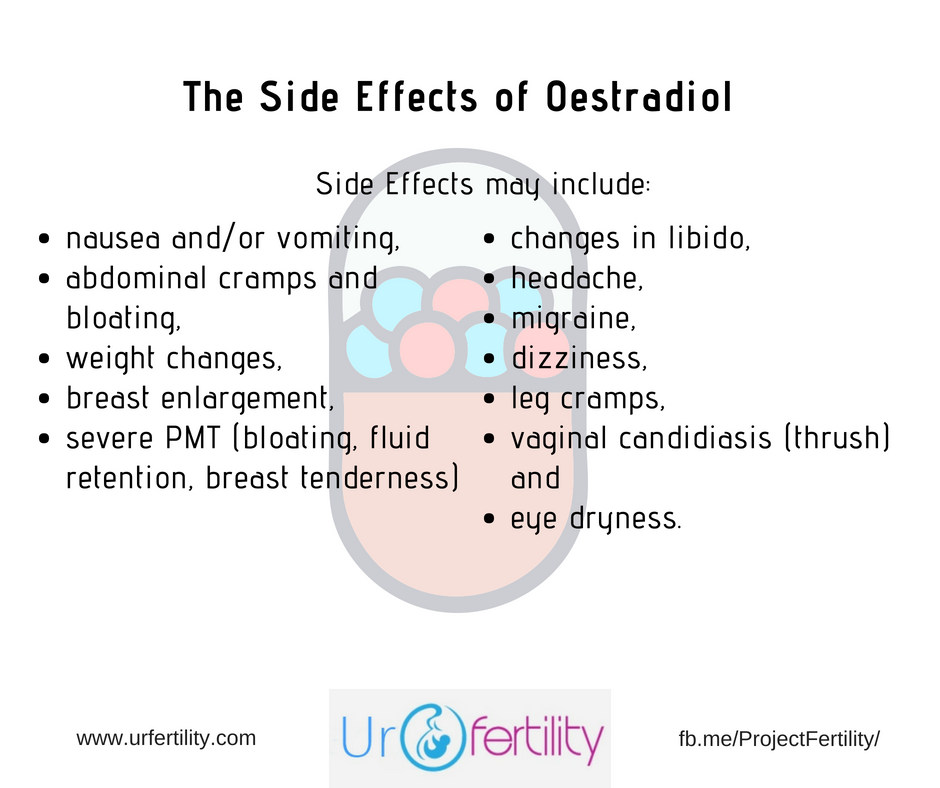 Excess estrogens in the body is a hormone imbalance doctors call - estrogen dominance. Estrogens tend to increase cell division in tissue that is hormone-sensitive such as breast and uterine tissue increasing the possibility of endometriosis. In addition, overexposure to estradiol increases the risk of breast cancer. Other symptoms of estrogen dominance include low sex drive, bloating and weight gain, headaches before the menstrual period, mood swings, irregular periods and excessive menstrual bleeding.

In the normal menstrual cycle and a healthy woman, estrogen is the dominant hormone that is produced for the first 10-12 days following the previous menstrual flow. At ovulation the female body begins producing progesterone, which happens for the next 12 days or so. If there is no pregnancy, progesterone and estrogen levels will drop at around day 28, allowing menstruation to begin.

However, if there is no ovulation, progesterone will not be produced by the body that month. This event is called an anovulatory cycle, and it is a typical occurrence today for women in their thirties and forties - no ovulation, no progesterone. This leaves the woman with a deficiency of progesterone, an excess of estrogen and resulting estrogen side effects, including endometriosis. Endometriosis as we have seen can also cause ovulation problems, leading to a continuing cycle of estrogen dominance.

This theory suggest that is menstrual blood forced out along the fallopian tubes, could contain fragments of the endometrium. These fragments are flushed into the peritoneal cavity and implant, growing on the pelvis and surrounding tissues. It is believed that very intense contractions during painful periods cause the blood to move both downwards and out of the body and upwards into the pelvis.

This is a very fancy Latin way of saying that certain cells in the pelvic cavity called coelomic epithelium (in English: cells lining your pelvic cavity) spontaneously change into endometrial cells.

A simpler way of basically saying endometrial tissue can be displaced and implanted into different areas. This is supported by evidence of endometriosis found in surgical scars in location's nowhere connected to the uterus or reproductive area.

Studies have shown that there are family connections to endometriosis. There is an 8.1% risk of developing endometriosis if the mother has it, and a 7% risk if a female sibling has it. These figures perhaps indicate that there is possible factor of genetic inheritance in the development of endometriosis.

Similar to the Lymphatic dissemination theory a researcher named Navratil suggested the pathway for spreading endometriosis was not through the lymphatic system but the veins.

Finally there are Immunologic factors. This theory suggests that the body's own immune system, reacting to certain stimulus produces endometriosis. Recent studies bear this out. Women affected by endometriosis show increased macrophage (pathogen and sperm killing cells) activity, while at the same time having a decreased T-cell  (cell immunity factor) and natural killer cell response.

The truth is this all just guesswork from the Western Medical community.  Regardless of not knowing the real reason why, they'll take a stab at fixing it - and sadly that is a literal statement. I'll cover treatment in a different article...but I want to quickly explain endometriosis from a TCM point of view...

The TCM Causes of Endometriosis

For pigmented forms of Endometriosis include:

For non-pigmented forms of Endometriosis include:

Those terms may not make a lot of sense right now, but each fully explains a particular pattern of imbalance that can result in endometriosis. I'll explain each pattern in a separate detailed article. In the next article in this series I want to explain the endometriosis treatment options available in Western medicine, and why there may be better choices.

Your Next Best Step to Eliminate Endometriosis... 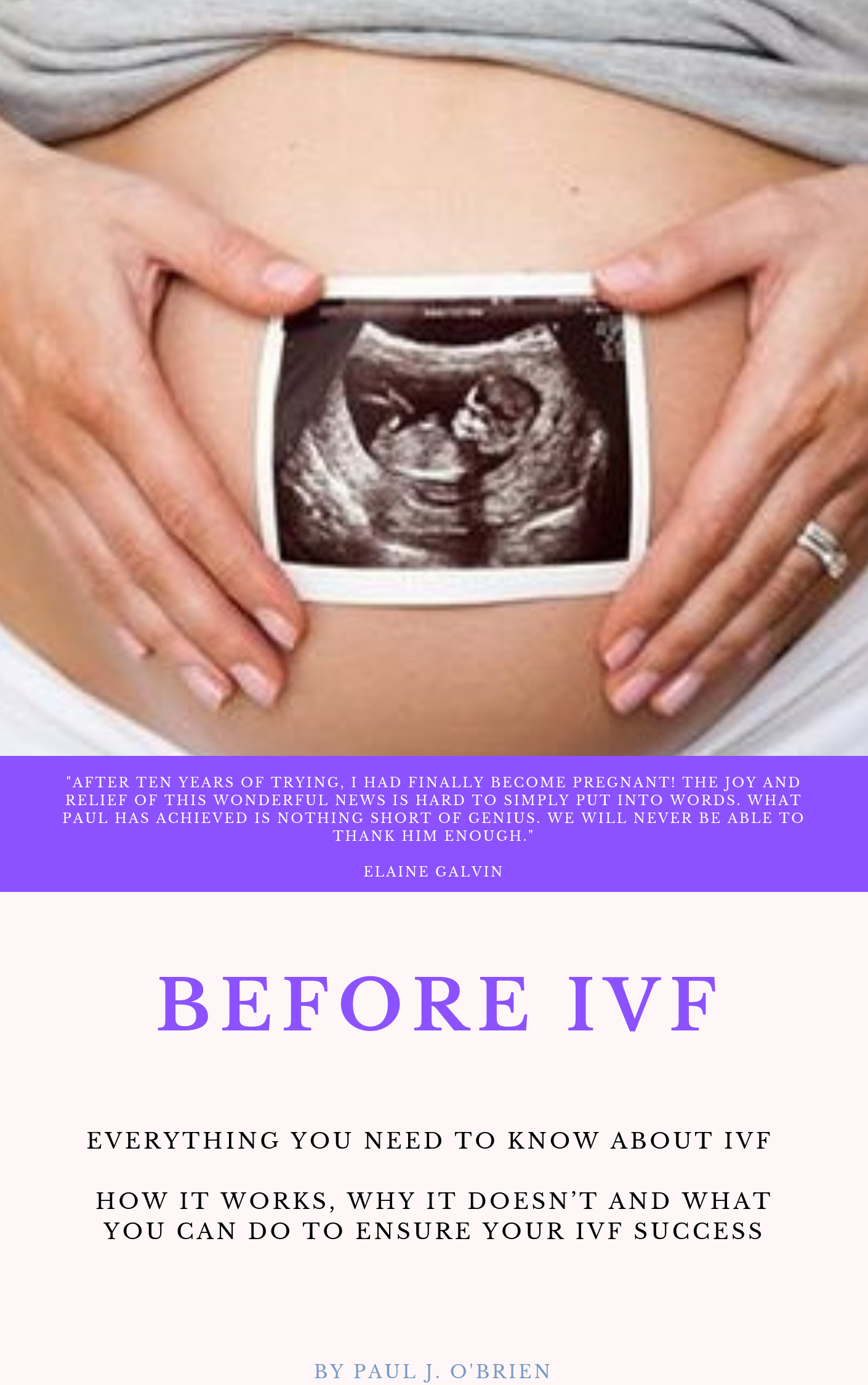 If you want to go to the next level of detail and look at in-depth self-treatment, you should check out Before IVF: Everything You Need to Know ABout IVF. How it works, why it doesn't and what you can do to ensure your IVF Success. Written from a holistic viewpoint I go into greater detail about what causes Endometriosis, how to prevent, diagnose the different types and understand your body and your health. More than that I'll walk you through, step by step on how to diagnose the exact type of endometriosis you have, how it will affect your fertility - but, most importantly, what to about it! Packed with pressure point exercises, self massage techniques, foods, recipe guides and more, this is the best way to avoid IVF and get pregnant with Endometriosis, naturally.

If you’re trying for a family or dealing with Endometriosis and want to eliminate those symptoms and give each cycle your best the best possible shot of success and dramatically improve your fertility and reproductive health, to have a happy healthy baby, then … 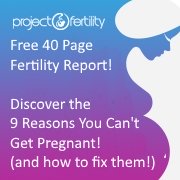